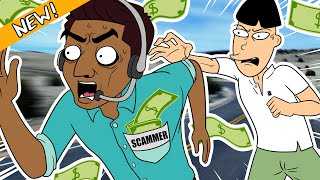 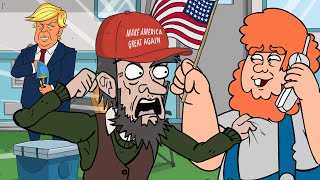 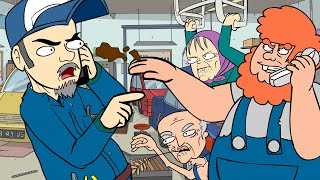 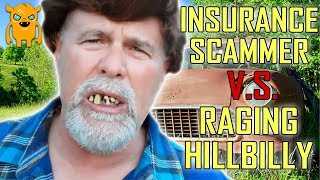 I prank called a pharmacist as Billy to get some advice about how to deal with majorly swollen testicles. She was NOT prepared for Billy’s awkward explanation of what happened to his balls and his request for her to take a peek! What crazy prank calls should I do on a pharmacy next? Leave your requests in the comments below.

Balls in the Toilet Prank Call

Girl: Hi, it's Pharmacist, how can I help you?

Pranker [speaking as Billy]: Yeah, hi there, you know I actually work in the electronics department at that there Walmart and-

Pranker: ... when I was hopping in my truck the other day, I don't know what happened, it might have been just un- unlucky but...

Pranker: ... I happened to uh, you know have my testicles situated in an unfortunate way an- and kind of sat and bruised them.

Pranker: S-so now I'm kind of uncomfortable an- and you know, can't really walk around without any pain and stuff like that.

Pranker: So I was just wondering, from your-

Pranker: ... you know, professional medical opinion w-what could I do to help relieve-

Girl: I would probably use an ice pack and some ibuprofen.

Pranker: Okay, you see I did that all last night but right now they kind of look like, you know two wonderfully ripened Navel Oranges, they're quite large.

Girl: Yeah, if that's the case then you might wanna go to the emergency room because tha- Ibuprofen and ice pack should've helped.

Pranker: Ok, well by any chance you know- you know just because y- you and I are homies and stuff like that, you know we work at the same store and- and- and whatnot.

Pranker: Any chance you could just hook me up with like a little a pea-sized amount of some nice you know Hydrocortisoning Cream or something like that?

Girl: Uhm, the only thing I would recommend for- for something like that- like I said would be the ice and the Ibuprofen over the counter.

Girl: Nothing else is really gonna be of much use.

Pranker: Yeah, so I'm supposed to have a shift in about two hours, I won't have time to go to the doctor but anybody back there might be able to take uh- just just uh- a quick peek at my Hoo-Hah and tell me if it's looking okay?

Pranker: Okay, there's no- you know I-I would very gladly you know, give them I.O.U, I'm quite excellent with motor vehicles, I could- you know...

Pranker: ... you know [stuttering] get them back at some way you know, try to make things right. You know anybody who might- might do some work on the side?

Girl: No. That's kind of out of our scope of practice.

Pranker: I got you, so how much money would it take for you to take a peek at my balls?

Pranker [speaking to audience]: [laughing] Thanks for watching! I hope you guys enjoyed that bonus mid-week quickie.

Pranker: I do still feel a little bad about Billy's [speaking as Billy]: dangly balls.

Pranker [speaking to audience]: Quick heads up, I'm creating a special e-mail list, and putting together a month's worth of free gifts.

Pranker: Hella exclusive content, unrealised pranks, clips from when I first started doing these calls and sounded like a little boy...

Pranker: You'll also get some improv comedy tips directly from me, and advice on how to start your own successful YouTube channel, which I get asked about a lot.

Pranker: Also, right when you sign up, you get an e-mail with a prank of mine that's never been on YouTube.

Pranker: Just please don't make fun of me too much. Crap's embarrassing. Basically, if you don't sign up you're missing out, big time.

Pranker: So click the link in the description and join, it's 100% free and you can unsubscribe any time.

Pranker: Thank you guys for watching and listening to my mini speech. I'll see you on Sunday with another new video.

Pranker: And sorry for sounding all nasally, I got a freaking cold which sucks.