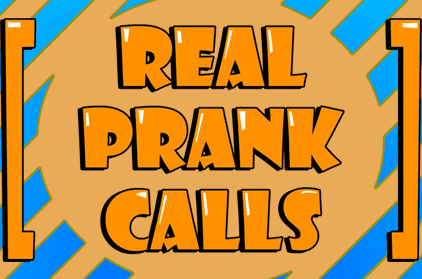 Rakesh holds a special place in my heart. He was one of the first voices I did. We all watched him grow and evolve over the years. You can tell from my earlier recordings that he was pretty generic. Rakesh was just an Indian voice I did on live calls, from time to time.

Now, he is a fully fleshed-out character with a personality, quirks, and funny catchphrases. Although the voice is my own, he feels like a different person. It’s been really cool watching a character transition from someone who only existed in a phone call to one with nuance and personality.

What better way is there to celebrate than to bring up my favorite Rakesh prank video releases over the years? Now, I can’t say that these are my top picks, period. There are so many great prank calls with Rakesh out there. These are just the ones on the top of my head. The list could change depending on my mood or day.

Let me know your favorite prank calls in the comments! I want to know which recording got the most laughs. Remember that these are all 100% real prank calls, with real people and reactions!

This recording is a must-see, and it happens to be one of my more popularly viewed and shared videos. It is a prank footage that features a quick chat with the police.

Once upon a time, this was the only recording of our brush with local law enforcement. I hoped that it would be the last, but who knew - our other hoax calls caught them again and again.

Besides the interesting circumstances of the call, it has a lot of memorable and quotable lines. This call also features an aggressive Rakesh, which is actually quite rare. Among all my characters, Rakesh is definitely milder. He’s pretty chill, so being able to turn that on its head was very fun.

I also love it when the prank victim decides to go off and rant. It gets personal, really fast. Here he decided to rant about his feelings towards my whole family and lineage - I lowkey felt like Borat or something.

Then when Rakesh asks the police officer if he was going to send him a birthday card? Priceless. No one can come up with this kind of prank call scenario and guarantee that this will all happen.

The only thing I wonder about is  how do these restaurant owners yell this loudly without the guests or customers hearing? Not unless people signed up for a dinner and a show, I’m pretty sure customers  would have walked right out. Re-live the call above!

If you’re a long-time viewer or site-lurker of Ownage Pranks, then you know about Steve the Investment Scammer. We have a series of pranks with Steve as our victim, and this was my second run.

Who knew chill Rakesh would get to him so quickly? I have to admit that I was really shocked at how fast his reactions came during the call. It might not be the longest prank call, but it did make up for it with his reaction. I dig it.

You can check out the rest of our prank calls in the Scammer series here.

Let’s go back to pranks for businesses in the area. My subway job interview prank is in the same vein as Abdo’s Stingy Wendy’s Sauce Prank. Things went from 0-100 in less than a minute. Talk about an instant reaction. Like the previous prank we mentioned, the target has a bit of a temper.

It has one of the best prank reactions. I was so shocked by how quickly the target starts spewing out insults and starts getting really, really vulgar. Rakesh was persistent, and I loved it, haha. Are you detecting a pattern here? The best prank calls really are the ones with the biggest reactions.

So Rakesh goes to get a hot doggie, and it was NO GORD. Haha. Then there is a bit of back and forth between the employee and manager. I absolutely love watching people fumble on the phone. Overall? It is definitely a favorite. It showcases everything in a classic, funny prank call, without being too complicated.

Yes, it might be very simple, but that’s what makes it so great. The prank scenario is straightforward, but it doesn’t mean there isn’t an opportunity to get you laughing. Its simplicity just goes to show that anyone can make prank calls. You can even make your own version of this! Sniff, I love the idea of pranksters out and about.

In this prank, I called a notoriously rude tow-truck company. When I say they are bad, I mean they are really bad. They are known for their terrible customer relations. They have more real-life victims than Ownage Pranks can ever target. Yes, I am not exaggerating when I say they probably deserve the hoax calls they get.

I did my usual routine with Rakesh when he started using a few racial slurs. Didn’t have to go very far in the phone call for that to come out. Did he forget that we are in the United States? Racial slurs won’t get you anywhere, but I digress. I decided to have some fun. I brought in Abdo and Tyrone to get his gears going. An overall interesting call, given how much they denied everything.

My main take away from this prank call? When you target crappy companies, you can have more fun with it. You are doing the whole world a favor by wasting their time now and then. It just means one less victim when you hog their phone number. Haha.

There you have it! These are my top 5 favorite Rakesh calls. None of the ones on this list are pre-recorded. They are all 100% live. I love Rakesh, so all of them have a special place in my heart. I hope you and your friends enjoyed the recordings as much as I did.

What are some of your favorites? Tell me in the comments.

If you want to make your own version of my Rakesh prank calls, go ahead! Ownage Pranks has a soundboard you can use to get Rakesh’s best lines, catchphrases, and filler words. The soundboard of your dreams is now at your fingertips with this prank app. You'll be able to pull some laughs on anyone you know anytime, anywhere! You can also find tons of voices that are perfect for any occasion on Ownage Pranks' online soundboard. So, if you need to spice up your prank call to your friends and family, the soundboard is available for free - no purchases necessary.

We also have a prank call app to help you get started. Boyfriend, girlfriend, friends, or family - they don’t stand a chance. The app features a voice changer, so you can always be prepared with new words on hand to surprise someone unsuspecting! You can also up the ante of your pranks by working with Ownage Pranks. Request a prank call, and we can work together to create hilarious bits and prank calls!