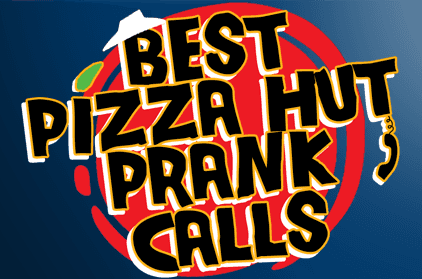 Trust us, most pizza joints or food delivery services (if not all) already see prank calls coming the moment they place their hotline out on their billboards, pamphlets, and other ads. The key is to stand out and be creative with your pranks! Just make sure that you will also not waste the businesses’ resources as you do your prank calls. We all just want to have fun here, so just delight these workers with your creativity.

Are you thinking about calling your local pizza place soon? Are you looking for prank call ideas/ inspiration? Or do you just want to live vicariously through the shared stories of pranksters on the internet? Whatever your reason for being here is, ye in luck because we listed down top Pizza Hut prank videos and prank stories from different corners of the internet so that you won’t have to! After the stories, we will teach you simple steps to help yourself get started in making Pizza Hut Prank calls yourself!

Are you ready? You should be! It’s better served while it’s HOT!

This is one of the funniest Pizza Hut prank calls ever. Why? It's creative,  well-rehearsed, consistent, and successful in annoying the victim. This is far from a casual conversation but watching this will leave the punchlines stuck in your head for hours!

Apparently, these Pizza Hut people just KNOW when they are being played with a practical joke, so they did a counter prank on this kid. What a funny little prank battle, isn't it?

Ownage Pranks has a bunch of interestingly hilarious prank call characters to do the prank calls for you. In this prank call, a seemingly aggressive Indian guy calls a pizza place for his few pizza orders. Listen to what he's going to do next!

Listen to the phone receiver's voice turn into hilarious disbelief as the prankster enumerates all his orders. She's trying to hold it all in as if wanting to ask "What the heck would you want to do with all this food!?"

Imagine if the former president calls your business establishment out of the blue and orders pizza like a real vagabond. Of course, he isn't REALLY the president, but he will still pretend to act like he's not Barack Obama. (Are you keeping up with the layers here?)  Apparently, pretending not to be Barack Obama makes the pizza guy think that he is even more! This one is such a delight to listen to, especially with the charming responses of the Pizza Hut guy.

These pranksters are getting so much more creative by using three-way call features on their phone to call these pizza chains. Listen, it's hilarious!

What!? Pizza Hut doesn't serve the best homemade burritos!? Sick! Listen to this quick funny prank and allow yourself to laugh out loud!

This is one of the classic pranks that prank callers do to Pizza Hut - ask a random person for their competitor’s location!

A guy who calls himself Reuben Mohammed calls Pizza Hut delivery services for some delicious pizza order. Don't underestimate him, he can make his own white sauce!

We scoured through the subreddits /TalesFromThePizzaGuy and /PizzaHut for creative and hilarious prank stories that Pizza Hut staff have experienced. Got to give props or them for not taking the pranks badly, not to mention - some of them even look forward to hearing these pranks!

We had a group of kids that would call in and ask for half a garlic knot. Sometimes they would ask a bunch of questions and order actual stuff only to say half a garlic knot at the end. Thing is this infuriated my boss and he would lose his shit on them. Obviously, this just gave them a reason to do it more and it went on for a few years. We still occasionally get one but it’s rare.

I found it kinda funny. Nice group of kids one time i answered the call on a friday night and i was like man you can’t do this right now save it for the weekdays, he said oh shit my bad and they never called on fri or sat or at dinner time during the week again.

We’d get prank calls often, most were the usual “do you have boneless pizza” and other shit. Some were little kids who’d pretend to actually place in an order, only to say in the end “I don’t know my address/ I don’t have money. “ But my favorite one was when I asked for their phone number and they said “um, I don’t have one, but can I just use my Roblox account?”

"Do you have boneless pizza?" sniggers

"Why yes, we do. It's called the Buffalo Chicken Pizza and is topped with boneless breaded white meat chicken, bacon, and diced tomatoes, and it's drizzled with a spiral of Buffalo Sauce. After it's cooked, we brush the crust with garlic butter and sprinkle on a zesty spice mix. What size did you want to order?"

You can make hilarious Pizza Hut Prank Calls like this using our spoof call app! What is a spoof call app, you ask? It’s an excellent app that disguises your phone’s number under an anonymous caller ID. This way, Pizza Hut call operators have no way of knowing your actual number, location, or other necessary information. If you’ve seen the videos, you won’t experience your prank backfiring at you because you will never leave any trace!

How do you make the most out of this app? Here’s a little step by step guide:

Our app is available in Google Play and the Apple App Store, so it’s accessible by anyone with a smartphone!

Step 2: Fill Out With All The Necessary Information

As we said, we’re never ratting you out! A secret is a secret, and no one values your prank call anonymity more than we do!

Did you know that we also have a voice-changing feature? We have this just in case you are not some professional voice actor, and you want to send prank calls to people you know and recognize your voice easily. This isn’t necessary in most Pizza Hut prank calls unless you know the phone operator or you’re a kid who sounds like a kid.

Stop thinking and just do it already! The fun is in the experience, so don’t overthink it! But remember, they appreciate creativity, so it’s fun to dabble into that before calling.

Are you ready to make that call? We’re excited for you! Good luck and happy pranking! Just make sure to keep it harmless and know your limits at all times.