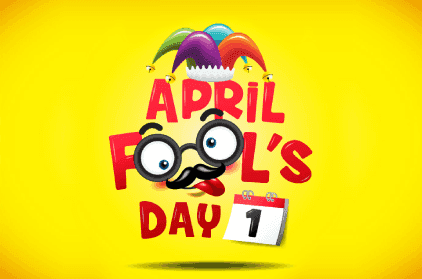 16 Of The Best April Fools Pranks EVER!

Many of us have had our fair share of April Fools Day pranks. And let’s be honest, most of them were, admittedly, lame. However, although they were rare, there were those few good ones that were just so hilarious and meticulously planned that they make us laugh out loud up to this very day. It's about time to upgrade your pranks into crazy pranks.

And now that April Fools Day is fast approaching, we’ve taken the liberty of finding the 16 most epic pranks on the internet and listed them down below for you to enjoy. Use these funny prank videos as inspiration, or if you hate getting pranked, use them as a cautionary tale.

Take a look at these safe family pranks you can try for your loved ones!

Here's a prank idea from All4Tube Vlogs: exploding cake! Let's say it's dad's 40th Birthday celebration, and you want to spice up the birthday party. Try what these girls did! These girls played the ultimate prank on their Dad by exploiting his weakness for cake. And that face he makes when he realizes he wasn’t actually going to get his cake? Priceless!

If you are looking for more family reality videos, you can try browsing more from All4Tube Vlogs!

Now, this one makes use of a method tried by almost everyone who has played April Fools Pranks. Only this time, the prankers (OwnagePranks) take it a notch higher by setting up a story that made the heads of the prankees spin!

You can try different prank calls such as Sonic‬ - Crazy Voices Prank, or you can use a prank calling app to make sure that the prank succeeds.

There’s just something about people unsuspectingly and peacefully walking (or face planting) into a trap that’s extremely hilarious!

Google did not let the opportunity pass when they played a very elaborate prank on the world on April Fools last year. Everyone was almost convinced this product roll-out was happening until they reached the end of that video!

This one is short but extremely hilarious. There is, after all, nothing funnier than a prank where someone gets drenched!

This one’s another classic April Fools prank. You can NEVER go wrong with sprinkling some flour into a blow dryer. Whether you’re the prankster or just an innocent bystander, this one will have you rolling on the floor laughing! However, as you can see by the reaction of the woman in the video, I can’t say the same thing for those who will find themselves on the wrong side of the blow dryer!

Whatever this prank lacks in creativity is made up for by the hilarious series of events that were caused by it. I mean, who throws a printer through the window?!

Aaah. Such a simple, yet extremely effective prank! That PANIC!

In this one, OwnagePranks talks to an unsuspecting guy who simply wants to do some work in exchange for a motorcycle. His reaction will surely get you laughing like a hyena!

This dude dipped a bunch of cotton balls in water, put them all over this car, and left them overnight to freeze. That’s patience and dedication right there! As for the owner of this car, I hope you didn’t need to be anywhere too early.

This is one of the best scary pranks out there since almost everyone is scared of spiders. That’s a fact. However, a grown man screaming bloody murder after seeing a giant spider does not, and will never, get old.

Why we enjoy and laugh at other people’s misery, I will never know.

Elevators are EXTREMELY scary all on their own. So, it’s only natural to panic when you think you’ll be plunging towards your death. But then again, watching people scramble is funny, too. LG had the right idea.

A woman running for her life away from boxes. If that doesn’t make you laugh, I’m not sure what else will.

When you have a sweet tooth, chances are you love the McDonald’s milkshake. And I wouldn’t be surprised if you fell for this prank, too. This fictional menu item got thousands of people salivating all over Twitter, only to be disappointed upon realizing that this was nothing more than an April Fools prank.

Check Out: Discover Some of the Worst Pranks Ever With Ownage Pranks