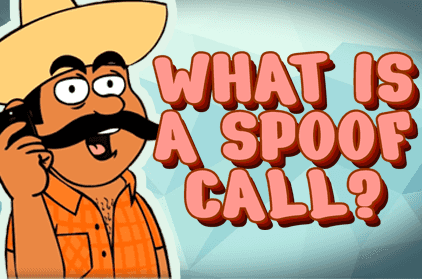 Pranking 101: Ownage Pranks Defines What Is A Spoof Call?

Do you know all the ways to keep your phone number private? Think again. Even in our comprehensive blog post for calling from a different number, we kept a wild card separate. And for a good reason! It occupies an extremely gray area that not all pranksters can navigate well - caller ID spoofing.

In this piece, let’s break down the caller ID spoofing and lay out all the basics.

What Is A Spoof Call?

Phone spoofing is all about creating a front. It disguises your personal information and phone number so you can go around incognito. You can spoof any kind of information you are transmitting, from phone calls to text messages.

A spoofed call is essentially a phone call that uses a fake number. You can dial a friend and talk to them as usual, but they can’t call you back. They have a dummy number in their records - so they get rerouted. It can protect you from all kinds of unwanted calls from persistent telemarketers to auto-dialers.

When you look at it from the most basic and general information - it’s a neutral service. Like most things, it has the potential to be used any which way. However, caller ID spoofing doesn’t have the most stellar reputation.

For one thing, it goes against everything we are accustomed to. Everything is watched, monitored, and tracked. There is always bound to be a record somewhere out there. In an increasingly surveilled state - it seems very suspicious to have something private. It makes people wonder - what do you have to hide?

But going against the status quo isn’t the only reason why people are wary of spoof calls. Over the years, caller ID spoofing became popular among scammers, hustlers, and all kinds of criminals. Spoofed calls are one of the few ways you can keep your privacy. And if there is one thing we know about criminals, they love working under the radar. So, while people have legitimate concerns about keeping personal information private - not everyone is willing to spoof their calls.

This probably won’t be the case for long. There are plenty of spoof call apps on the market, Ownage Pranks included, that allow you to make all the calls you want without compromising your privacy. With these apps, you can change your voice to sound almost unrecognizable. The best part about them? They usually have a real-time voice changer so that the victim will never be able to guess what kind of tone of voice YOU are using! With an easy and accessible way to do it, people are bound to realize that it really depends on the user.

How Does Caller ID Spoofing Work?

Caller ID spoofing is about scrambling your information and creating a fake replacement. There are 2 different ways:

Voice Over Internet Protocol (VoIP) uses the internet to make calls using the internet instead of analog phone lines. Several legitimate services offer this, like Skype and Google voice. With this technology, you don't need any expensive equipment or in-depth knowledge of telephony equipment because it's all done online. There are several open-source software available online that allow you to customize your configuration.

Primary Rate Interface is used to connect between a private channel (PBX) and a public one (PSTN). It uses a combination of digital and analog systems to make it happen. Just like voice over IP - PRI is a legitimate service. It was made for large corporations to have an internal system while still making outbound calls.

There is nothing illegal with the technology itself. It has real-world applications that are as honest as they come. The gray area in caller ID spoofing largely falls on the user.

Nowadays, there are services that will take care of this for you. Ownage Pranks, Spoofcard, Spooftel - these apps will take your information, hide it, and create a dummy in its place.

While you can do just about anything to disguise your phone number with spoof calls - it’s best to stick to believable numbers. Here are some examples of what you might see:

Caller ID spoofing can copy the first 6 digits to get the country code and area code to make it seem like a local number. This is also known as neighbor spoofing. It is all about breeding familiarity.

Neighbor spoofing can be done by overseas scammers - but it can also be regular people from the area. Getting the first six numbers is a great way to stay close to the truth without giving anything away.

2. Display A Number That Cannot Be Called

Sometimes the simplest route is best. You can use your version of a gibberish telephone number. Make it something impossible to get in your area. Or pick something that is clearly a gag. When you change your caller ID into something that people cannot call - you might as well have fun with it!

Caller ID spoofing can copy existing phone numbers that are floating around. Some people like to mimic the phone number of big brands and corporations. Now, people rarely do this for laughs and gags. When you see this kind of caller ID - it is probably a scammer. Why else copy something so recognizable? They are probably out to defraud the customers of these big businesses.

4. Display The Same Number Back*

A spoofed call can also display the same number back. It is called mirroring. When you check the caller ID, all you’d see is your number.

It’s something straight out of a horror movie, you know? Getting a call from within the house.

Again, this isn’t the route most people take. If you find a telephone number that is an exact copy of yours - you know it’s a scammer out on the prowl.

The last two options here are definitely not the most upstanding way to go about it. So users beware. Scammers are smarter than you think. They are not just after the money - nope. They are out to obtain anything of value. They can be identity thieves looking for anyone vulnerable enough to fall for their crap and give up their social security numbers or credit card numbers.

Spoofing services are like a prepaid calling card. They let you make calls at no cost, but the charges might show up on your phone bill if they're not done discreetly enough or when there's an investigation by law enforcement officials into these kinds of things going around fraudulently using caller ID spoofing technology as it was originally intended - so don't be surprised!

If you want to use spoofing services, it’s best to steer clear from those numbers, or else you might get lumped in with the rest of them. You don’t want people to look at your caller ID information and think you are a scam. Keep your dummy phone number as realistic as possible.

What Happens When You Answer A Spoofed Call?

People are generally warned against answering spoofed calls. You never know who the person on the other end may be, and it can be difficult to track if something goes wrong. But there really are only 2 things that happen:

The person on the other end is just a family member or friend who wanted to keep their privacy and absolutely nothing happens. You can have a pleasant call, and you can go about your day.

The other possibility is that it is a scam call/robocall. What goes down? Sometimes it’s just a call where there is absolute silence. They have auto-dialers that call random home numbers to test and see if it is active. You might think you are in the clear, but you never know what these people can do.

You can sometimes get a pre-recorded message telling you about this #VeryImportantThing from a government agency, and you must call back. These scam callers can sound very official, and the elderly and immigrants fall for it.

When you call back - that’s it. Phony callers can finesse your credit card number, social security number, bank account number - anything important and valuable. The consequences of these scam calls may vary depending on how much you choose to share.

Such a big disparity between the two, right?

But What Happens When You Try Caller ID Spoofing?

Technically speaking, there are no consequences when you make a spoof call. As long as you keep things legal, then it’s okay. The only problem is when you step out of line. When you use it to harm or defraud, you can get a penalty up to $10,000 - but that’s something for a different blog post.

What Can Spoofed Calls Do For Prank Calling?

Spoof calls can be a major game-changer for pranksters everywhere. There are so many prank call ideas that depend on anonymity. And among all the ways you can disguise your number - it happens to be the most convincing option.

If you are looking to make regular prank calls to family and friends, a spoof call mobile app can definitely be an option. Prank calls are meant to be harmless anyway, so you don’t have to worry about the violations and penalties as long as you keep it clean.

But if you don’t feel like spoofing yourself, you can request a prank call, and we can make the phone call for you.

Read Next: Is Spoofing A Phone Number Illegal? - Ownage Pranks Breaks It Down