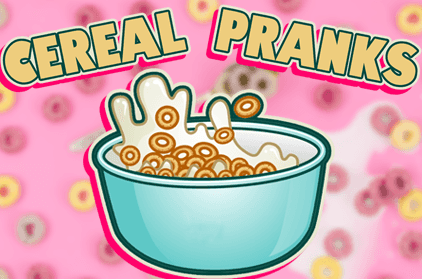 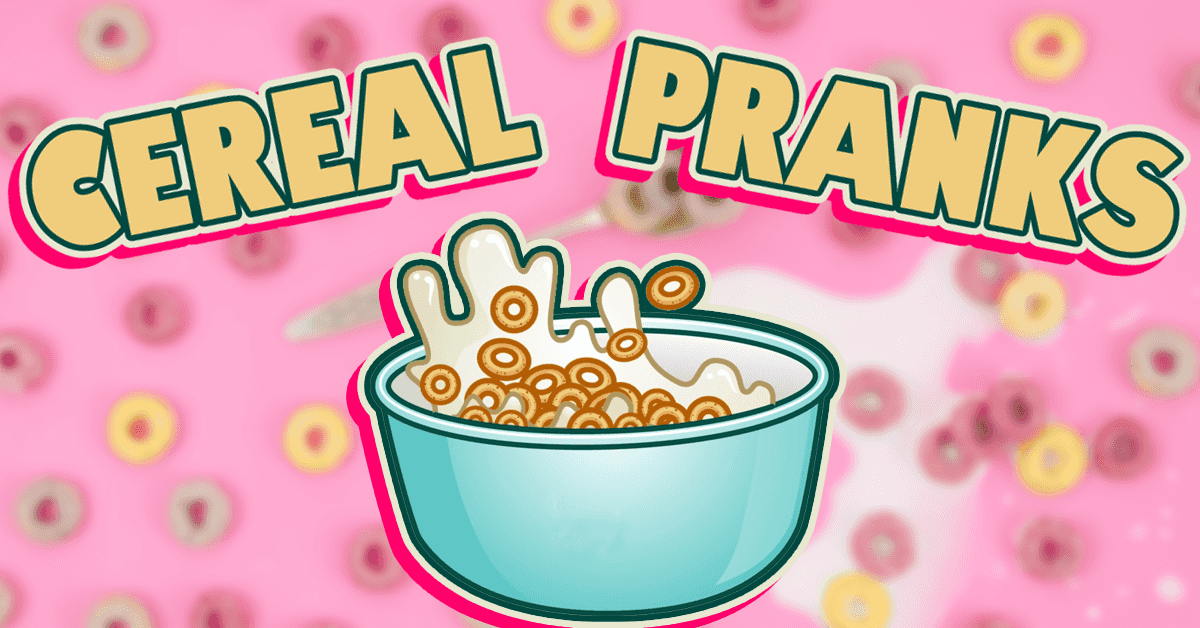 Jazz Up Your Kid's Morning With These Cereal Pranks

Good morning! People often start their day with a bowl of cereal, as it is easy to prepare and quick to finish. There's no need for you to open the stove, chop those veggies, or season the meat; you only need a bowl, your box of favorite cereal, your favorite milk, and a spoon--you're good to go!

But what if we add a little bit of spice to our loved one's morning by doing these cereal pranks? Our target should be someone who loves to munch every cereal bowl as soon as they open their eyes. For some, cutting out fake cockroaches, printing them on paper, and freezing them in the freezer isn't appealing. These pranks need a lot of time and effort. For those of you who don't want to scare your kids with a mean or scary prank, we have just the trick for you!

But before we get to the list of the pranks you should try, let's talk about cereals first. Are they healthy? What are their nutrients? And what are the best cereals to eat in the morning?

The B vitamins and iron found in fortified ready-to-eat cereals can help you reach your daily nutritional goals. Make sure you are getting enough vitamins and nutrients in your diet every day. Some of your body's vital building blocks may be missing out if you skip breakfast.

Cereal companies began adding vitamins and nutrients to their products as early as the 1940s in an effort to help the United States battle a variety of nutritional deficits.

Breakfast is a terrific method to give your body what it needs for the day, regardless of what kind of cereal you eat.

Here's a list of the best cereals to eat!

Sugar-coated corn flakes are the main ingredient of Frosties, a Kellogg Company breakfast cereal that is also known as Frosted Flakes. In 1952, "Sugar Frosted Flakes" were debuted in the United States. In 1983, the word "sugar" was removed from the name of the organization. The name of these sugar-coated, frosted flakes of maize has remained the same for more than half a century.

The corn flakes themselves have an unmistakably corny taste and are the gold standard in terms of crispness and thickness.

Crunchy and crispy Rice Krispies are prepared from a mixture of rice and sugar paste that is cooked, dried, and toasted. The right balance of flavors and textures is achieved thanks to the precise ratio of components. Just the right amount of sweetness without being overbearing, the marshmallows are soft, yet the cereal retains its crunchiness.

The "snap, crackle, and pop" sounds are caused by the walls of the cereal crumbling when milk is introduced.

In various countries, Froot Loops is a Kellogg's brand of fruit-flavored cereal that is sweetened and flavored with fruit juice. Fruit tastes and a rainbow of bright colors adorn these ring-shaped cereal pieces.

Orange, lemon and lime, apple, cherry, raspberry, and blueberry are all rumored to be the flavors of Froot Loops.

Thanks to Yandel Gonzalez, an employee of the General Mills cereal firm, came up with the idea for Honey Nut Cheerios in 1979 when he was working on Cheerios breakfast cereal. Honey Nut Cheerios has a honey and almond flavor and are sweeter than the original Cheerios. Cheerio versions with added sugar have become one of America's most popular breakfast cereals, if not the top seller, more than three decades after the original Cheerios were introduced.

They're tasty and filling. One of the greatest cereals of all time! Sweet yet not overpowering, these retain their texture in milk and yogurt.

Three-grain Apple Jacks cereal has a particular flavor and aroma thanks to the addition of apple juice and cinnamon. Many people believe that Apple Jacks does not taste much like apples, and this was used in several of Apple Jacks' adverts while promoting the product.

Cereal Cinnamon Toast Crunch seeks to replicate the flavor of cinnamon toast in a crunch form. Cinnamon and sugar are sprinkled over wheat and rice squares or rectangles in this breakfast cereal. When submerged in milk, the "snap" sounds it makes are reminiscent of Rice Krispies because of the rice component.

To replicate the taste of cinnamon and sugar on toast, the cereal was launched in 1984. The nutritional value of Cinnamon Toast Crunch altered somewhat in 2012, resulting in an increase in whole grains and a reduction in sugar and salt.

Cereal Prank Ideas You Should Try

April Fool's Day is approaching, and it's a perfect time to throw a prank. We don't want to let the opportunity go to waste, right? Let's try these cereal jokes and pranks on our kids or any family member!

Prepare for this funny prank the night before April 1st or the night before you decide to do the prank. Cheerios or anything mentioned above is all you need to get started. And then, add milk of your choice; it could be almond milk, skimmed, milk-anything! Lastly, add a spoon to the bowl, then freeze overnight. Place the frozen bowl of cereal in front of your child the next day instead of letting them pour their own bowl. And wait to see what they have to say.

It's a good idea to prepare a camera in advance.

Your child's jaw will drop when they see this technique. First, prepare your kid's cereal of choice, and pour it into the bowl. Then, mix just a few drops of food coloring with their favorite cereal. When the milk is poured, it will become a strange shade of pink.

Make sure to record your kid's reaction, as it's going to be a treasure!

If you hate wasting food, you can still make a prank call. This prank is perfect for any occasion, may it be an ordinary day. Your script should scare off your victim a little. If you can't think of a scenario, all you have to do is download a prank call app. Ownage Pranks has all the necessary features. How to call anonymously? You're app-trapped! Need prank call ideas? The app lists things. A prank phone script? It's on Ownage Pranks!