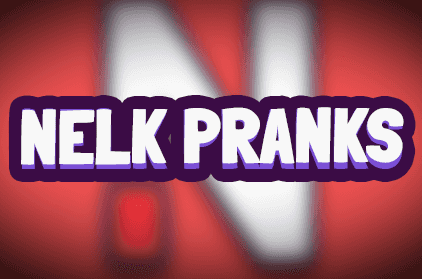 6 Most Popular Nelk Pranks of All Time

Go big or go home - the Nelk boys are notoriously known for their crazy high-stakes pranks. They’ve been arrested, investigated, tried in court, and they are still going. Whether you love ’em or hate ’em, you can’t deny that Nelk has some hilarious pranks.

So who or what is NELK? NELK Filmz/ NELK is an active prank group that has been posting YouTube videos since 2010. They have around 213 videos and 6.26 million subscribers. Their entire brand is all about pranks, prank calls, parties, and mayhem galore.

Besides the main team, they have a couple of members who guest star in some pranks. One of the more notable side characters is Cousin Jay, played by Pat Sebastiani. They also have a complete film and photography crew with Austin Ermes at the helm.

The group is also the creators of Full Send - a merchandise brand that focuses on college culture, wild parties, and crazy shenanigans. They are all about living without consequences - basically the embodiment of YOLO.

They practice what they preach and have a string of high stakes pranks. Their members and crew have been arrested at least 7 times and ended up on trial on more than one occasion. With such philosophy, can you imagine what their pranks are like?

With over 10 years worth of content and 213 videos, it’s hard to narrow it down to their best ones. Ownage Pranks combed through the top viewed videos and the most mentioned pranks on the forums to come up with this list. Here are the top 6 Nelk videos of all time!

This prank is what started it all. It’s what put Nelk on the map. First, they discreetly offered people some coke. Everybody who passed by turned it down and walked away. Someone must have tipped off the cops, though, since a cop started asking questions. When they investigate the car, all they find is a stash of Coca Cola.

The LAPD issued a warning and later clarified that the prank was illegal. Nelk eventually tried the same prank in other countries like Mexico and Colombia.

How To Get Away With Murder- For Dummies

Not all pranks, however, end with a warning. Sometimes there are real consequences. In this one, they were charged by the police and found guilty!

Jesse walked into a bookstore wearing someone you’d normally see on Halloween - a white jumpsuit, rubber gloves, and a shovel. If that didn’t paint a clear enough picture, he was also covered in fake blood. Nothing screams DIY murderer more than that.

He went around the bookstore asking customers and employees if there is a book on how to not get caught for murder and how to cover up a crime scene. Clearly not the sharpest tool in the shed. While it is a hilarious joke, not everyone saw it that way, so he was found guilty of disorderly conduct.

Never underestimate the power of a uniform! Here the Nelk boys go undercover as Dick’s Sporting Goods employees. With a green shirt, ID lanyard, a walker-talkie, and a can-do attitude, they managed to fool several customers.

There isn’t really a specific joke they milk. The group just fools around with the customers.

For example, they tried to help a customer find a pair of shoes. They do everything right, ask about the shoe size, fit, etc. But from time to time, they talk to a friend on the walkie-talkie about possibly having herpes. Never saw a customer walk away from a sales rep so quickly before.

The Nelk boys don’t stop here. They have a series of fake employee pranks, even posing as pilots in an airport! Straight from Frank Abagnale’s con-artist playbook!

In this fake employee prank, they take over Walmart. For the most part, they troll customers, but what makes this one unique is that they got to the intercom system. Think about the power! You can say anything you want, and it will be broadcasted throughout the store.

There are so many ways this can go down, but sometimes simple is best. They told people but aisle 12 and 13 that there is a deadly fart on the loose. Hmm, I wonder how Walmart will clean up that mess?

For those who aren’t in the know, chirping is hockey slang for trash talk. When you see Nelk prank videos that have chirping in the title, they aren’t squealing from the stands. They are low key teasing the people there.

Among all of the Nelk prank videos, this probably has the lowest stakes. They don’t need any props or gimmicks - it’s pure talk. In fact, this prank probably showcases their wit and skill the most. If they wanted to transition into prank calls, they wouldn’t be half bad.

Not everyone is keen on getting into trouble on the first day. Even if you are going to college more for the experience than the degree, no one would be stupid enough to fuck up that chance. But the Nelk boys set out to do exactly that during move-in day.

Now isn’t that a solid premise for a prank?

Try Nelk Pranks On Your Own

Every time you watch Nelk’s videos, you see what the power of confidence can do. If they didn’t have it, most of these pranks would be flops. If you want to try some Nelk pranks of your own, the fake employee ones are a good place to start.

What if you don’t like the consequences? While their pranks are hilarious, they do come with high stakes. If you want to keep your anonymity, there are some Nelk prank calls you can try.

There are two ways you can go about it. The first is to copy their prank call verbatim and call a random number. The second is to download Ownage Pranks’ prank call app and send out a prank script. So regardless of your confidence levels, you can still make hilarious prank calls, ala Nelk.